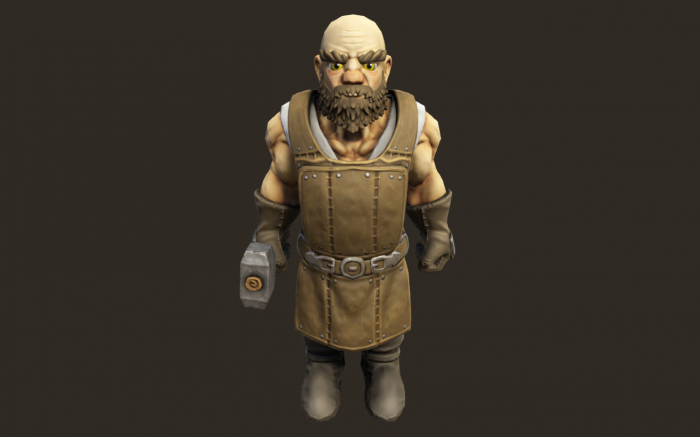 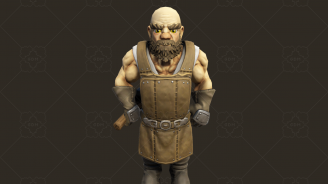 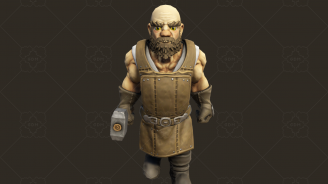 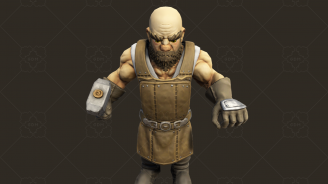 – The character and hammer are separate files. The character contains a standard bipedal rig, which may be uploaded to sites, such as Mixamo, for retargeted animation.
– Rigged and animated versions of the character are included in the .fbx, and .blend formats. Included animations: Idle, Idle2, Walk, Hammer.
– Animations are also included in these files.
– Model’s poly count is roughly 5k vertices and 10k tris.

Textures
– Included Textures: Diffuse, Normals, Occlusion, and Specular maps.
– Textures should be assigned to materials in your 3d modeling program or game engine.
– Texture sizes are 2048×2048 for the Blacksmith, and 1024×1024 for the character’s hammer.