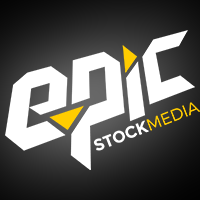 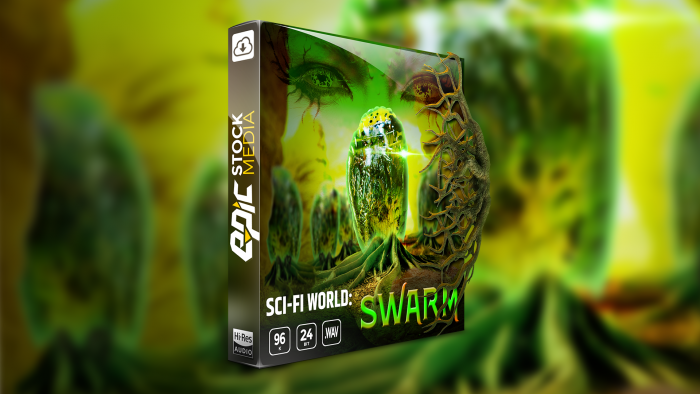 The latest installment in the Epic Stock Media Sci-fi World Sound Effects Series has landed on planet earth. Sci-fi World – Swarm presents a meticulously designed ambience loop library inspired by an insect-like alien race and their quest for dominance in the galaxy. Sci-fi World – Swarm is a collection of over 2 hours of interior and exterior sci-fi background loops. As a result, you’ll have the ability to orchestrate amazing background sounds for your entire sci-fi or other-worldly sound production with ease.

When you need to set the tone for an alien race that is hell bent on exacting revenge on the galaxy, one planet at a time, Sci-fi World – Swarm is your answer. It’s a truly unique sound collection geared towards multiplayer space, fantasy, RPG, MMO, and sci-fi games. Swarm showcases sounds described as; creepy tunnels, enemy planets, hatcheries, engine rooms, planetary winds, surrounded by bugs, dungeon hive, and millipede lair.

Cut from the mold of games like StarCraft II, Sci-fi World – Swarm presents an amazing selection of background sounds that are frankly… out of this world.

Even more, with a selection of 141 designed sci-fi loops, you’ll be able to create new worlds effortlessly. Dramatic room tones, custom sci-fi interior and exterior scenes, ambient sounds like; alien cave, energy lab, transport hangar, termite mounds, and Queen’s chambers are all ready to mix, match, stack and layer for the perfect vibe in your production.

Loops are approximately one minute in length and the ambience loop files include one or two minimal or alt mix versions. As a result, you’ll be able to create stronger continuity across your production. For example, if the full version has too much going on, then try using the minimal version for a simpler setting. Also, sounds are pre-mixed and mastered to high volume so you can mix your tracks for optimal immersion and sonic dynamics without losing fidelity.

Of course, it’s ready to use in any multi-media production. All of the recordings are royalty-free, RTU-OTB and delivered in pristine 96kHz/24bit .WAV files so you get the best quality for further sound editing, pitch shifting, and effects processing should you wish to do so. Need more ambience loops? Be sure to check out Swarm sister sound libraries – Sci-fi World Colony and Sci-fi World Guardians Ambience Loop Libraries.