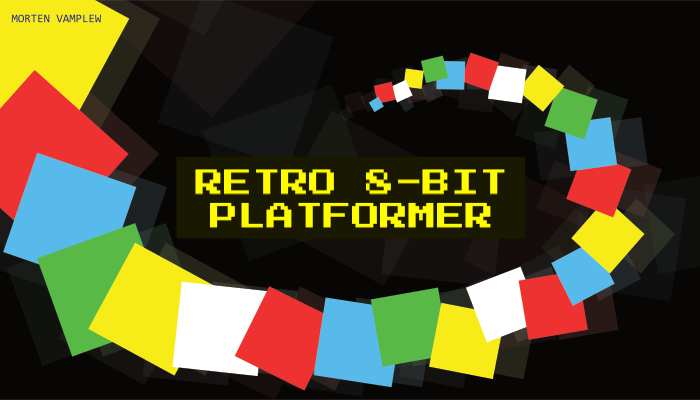 This music pack contains 10 loopable tracks and a total of nearly 5 minutes of authentic 8-bit music, all composed of old school sounds originally produced by the Television Interface Adaptor (TIA) sound chip from the 1970s. The selection of tracks covers a variety of video game level types and challenges, including a race track, an obstacle course, item search, chase scenes, castle dungeons and enemy combat. The pack contains two versions of each track, one of which consists of one loop, while the other is an extended file that loops the music several times before fading away.

Full previews can be found on SoundCloud:
https://soundcloud.com/user-321944985/sets/retro-8-bit-platformer-music-pack