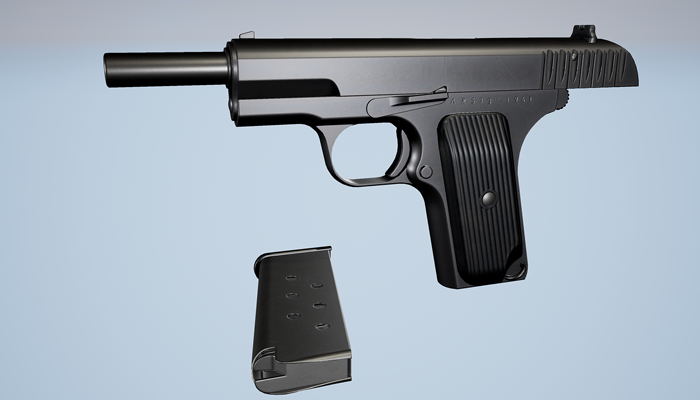 Tulski-Tokarev 33 (TT-33) was widely used in numerous armed conflicts across the globe, such as Wolrd War II, Vietnam War and Soviet-Afgan War.

All details of the pistol have been meticulously copied from countless references. The model is unwrapped, textured and rigged conveniently. The pack contains 2 sets of 4 2048×2048 PNG PBR textures for the magazine and the pistol (normal, albedo, roughness, metallic) . Tested in Unity and UE4 (roughness map should be inverted and the green channel on the normal map should be flipped to work correctly in Unity).
Tagged: handgun, military, old, pbr, Pistol, rigged, soviet, war, weapon, ww2