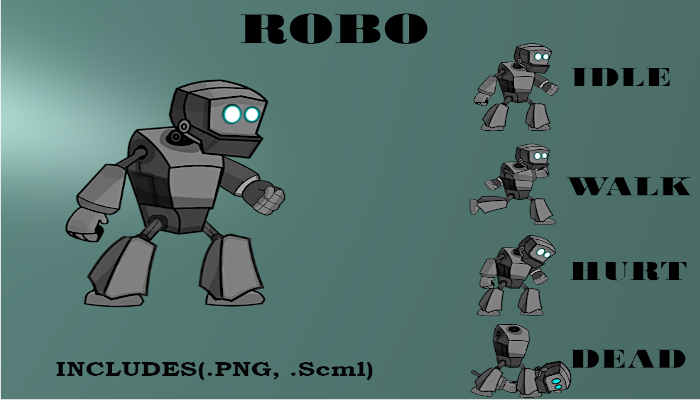 This is a 2D Robotic Game Character which we refer as (ROBO).The character is fully rigged and animated which can be used in almost any genre of 2D games.Animations Include(Idle,Run,Attack,Damage and Destroy).

The 2D Character was created using Gimp,Inkscape and Spriter.

The Files downloaded will include Animations,Assets,and Robot setup Folder.

The files are in (.Png , .Scml). Note:(can easily be converted to any other format such as Ai). 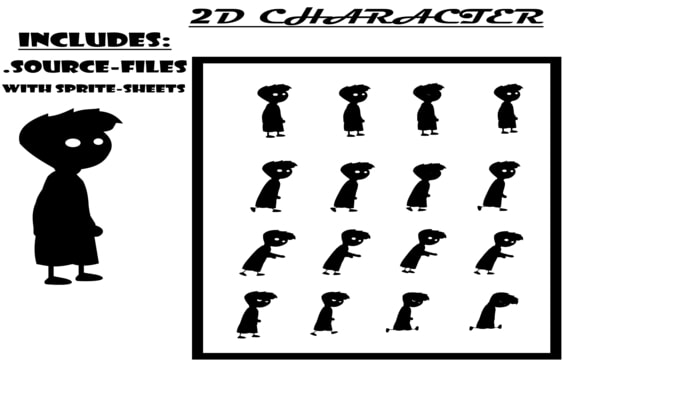