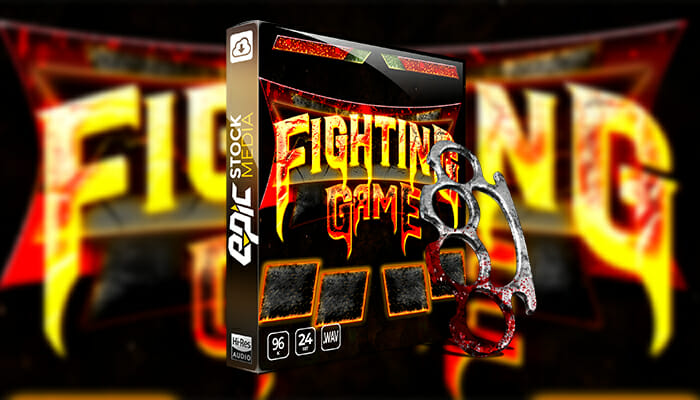 Don’t get caught with your hands down to a client again or compromise on quality work – now it’s easier than ever to exchange blows to the face, create fight scenes with weight & emotion as well as inflict high levels of audio precision to your projects! With the Fighting Game, the battle has already been won. Kick off an action-packed adventure today! Hi-yah!

Easy to Use Sound Effects for Film, Games and Video

The beauty of Fighting Game is that it includes the three most important sound effects types that make up a fighting game audio soundtrack. Designed, Source & Voice, the SFX categories, can be used together to truly give you maximum control over how you want your fights to feel and sound. Inside the Designed folder you get 600+ designed & game-ready combat sounds, accompanied by 800+ fighting voices (in both male & female). Your character will come alive with our voice selection. It includes 9 male voice actor sets as well as 5 female voice actor sets. Each voice set includes grunts, roars, death, pain, swing vocalizations & more.

Plus the sound library includes 900+ source/organic hits, movements, textures, layers, foley, field recordings that help you sweeten pre-existing SFX or create your very own custom combat game sound effects! With this kind of potent mixture of both designed SFX, voice actors sounds & source/organic sound effects – we at Epic Stock Media are convinced you will be fully locked & loaded to smoke the competition. Face any fight-related audio project with the right tools & watch as you create your best work and save a lot of time.