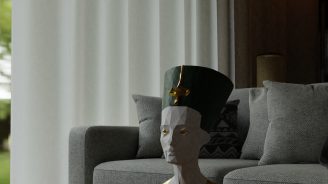 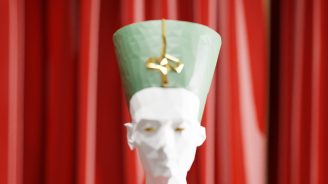 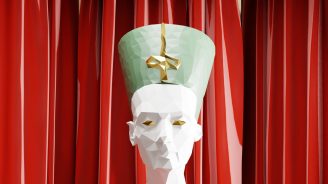 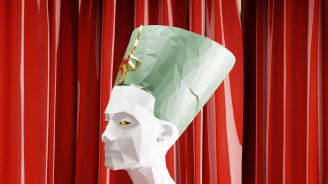 Nefertiti was a queen of the 18th dynasty of Ancient Egypt, chief wife of Pharaoh Amenophis IV, better known as Achenaton. Nefertiti and her husband became known for the religious revolution, in which they worshiped only one god, Aton, or the sun disk. Akhenaten and Nefertiti were responsible for creating a new religion that altered the forms of religion within Egypt. With her husband, she reigned in what was the most prosperous period in the history of Ancient Egypt. Some historians believe that Nefertiti reigned for a time as Neferneferuaten after her husband’s death and before Tutankhamun’s succession, such identification is still the subject of debate today.

It became famous for its bust, now in Berlin’s Neues Museum (shown at right). It is one of the most copied objects of ancient Egyptian art. It is attributed to the sculptor Tutemés, and was found in his workshop. The bust is notable for exemplifying the understanding the ancient Egyptians had regarding realistic facial proportions.