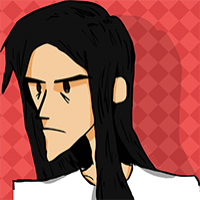 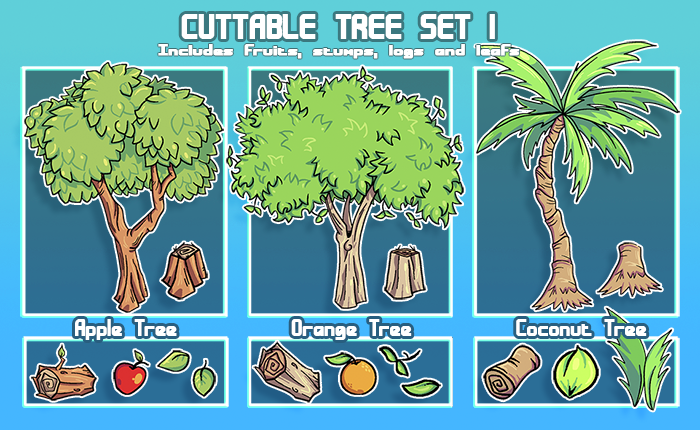 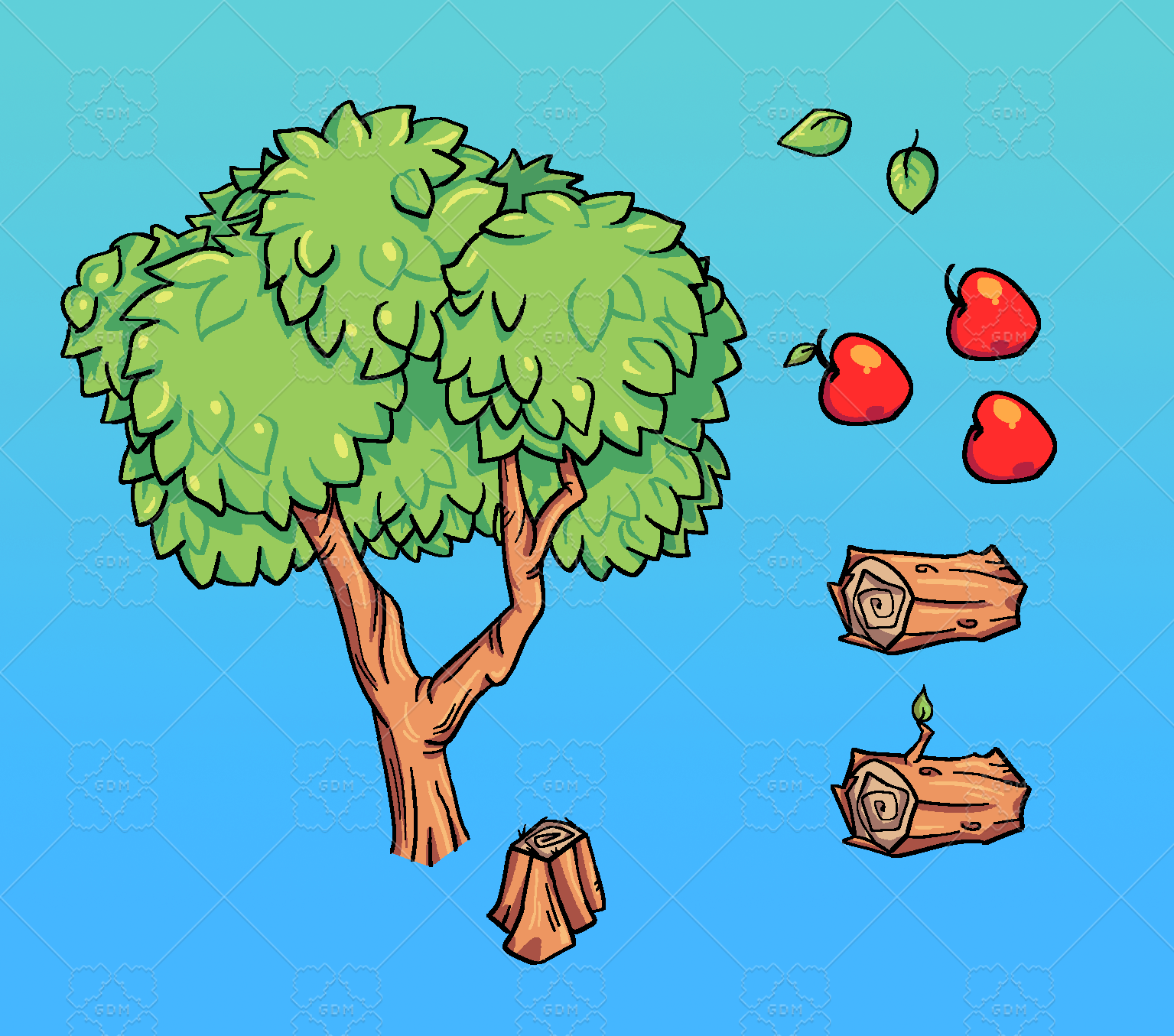 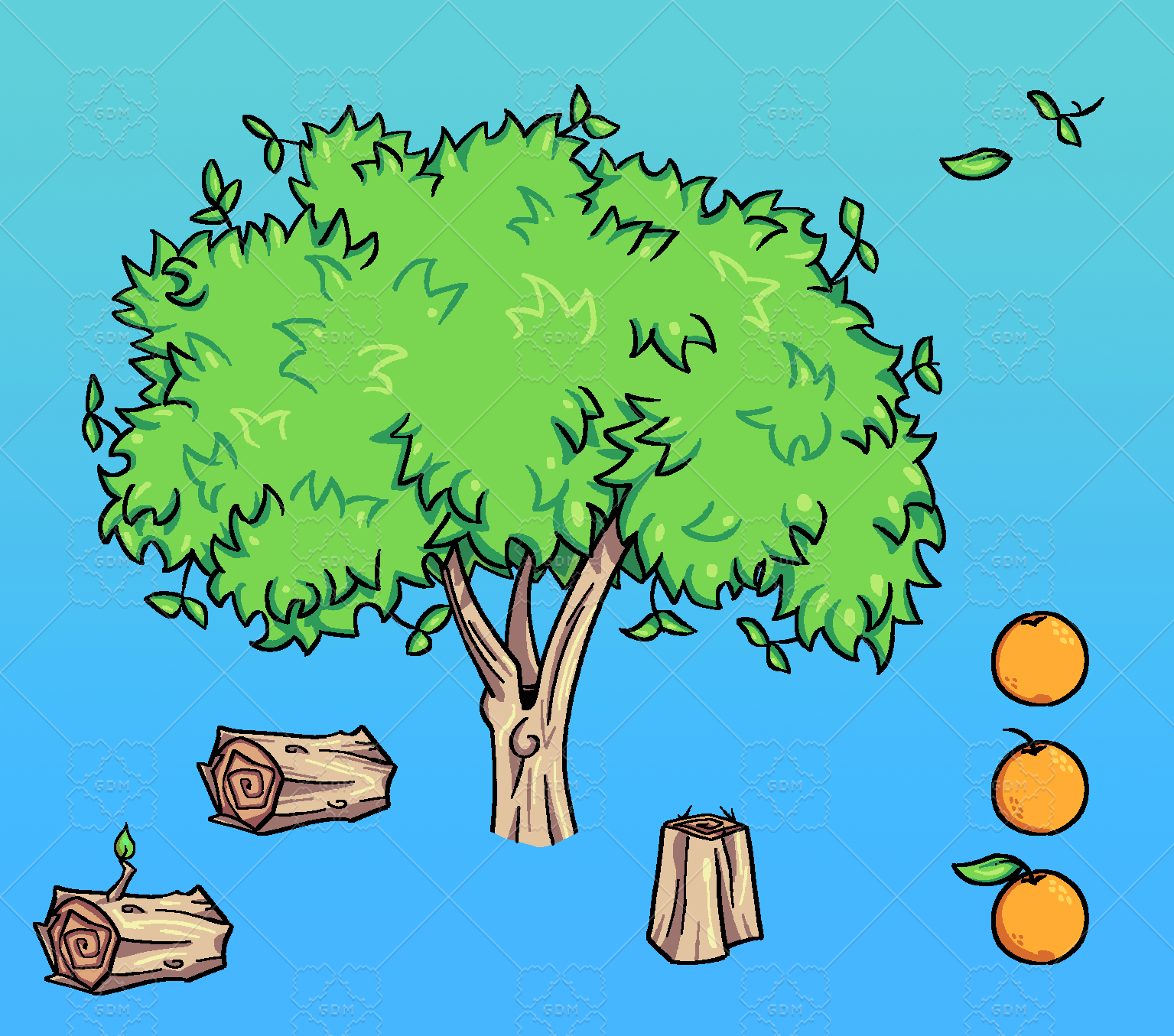 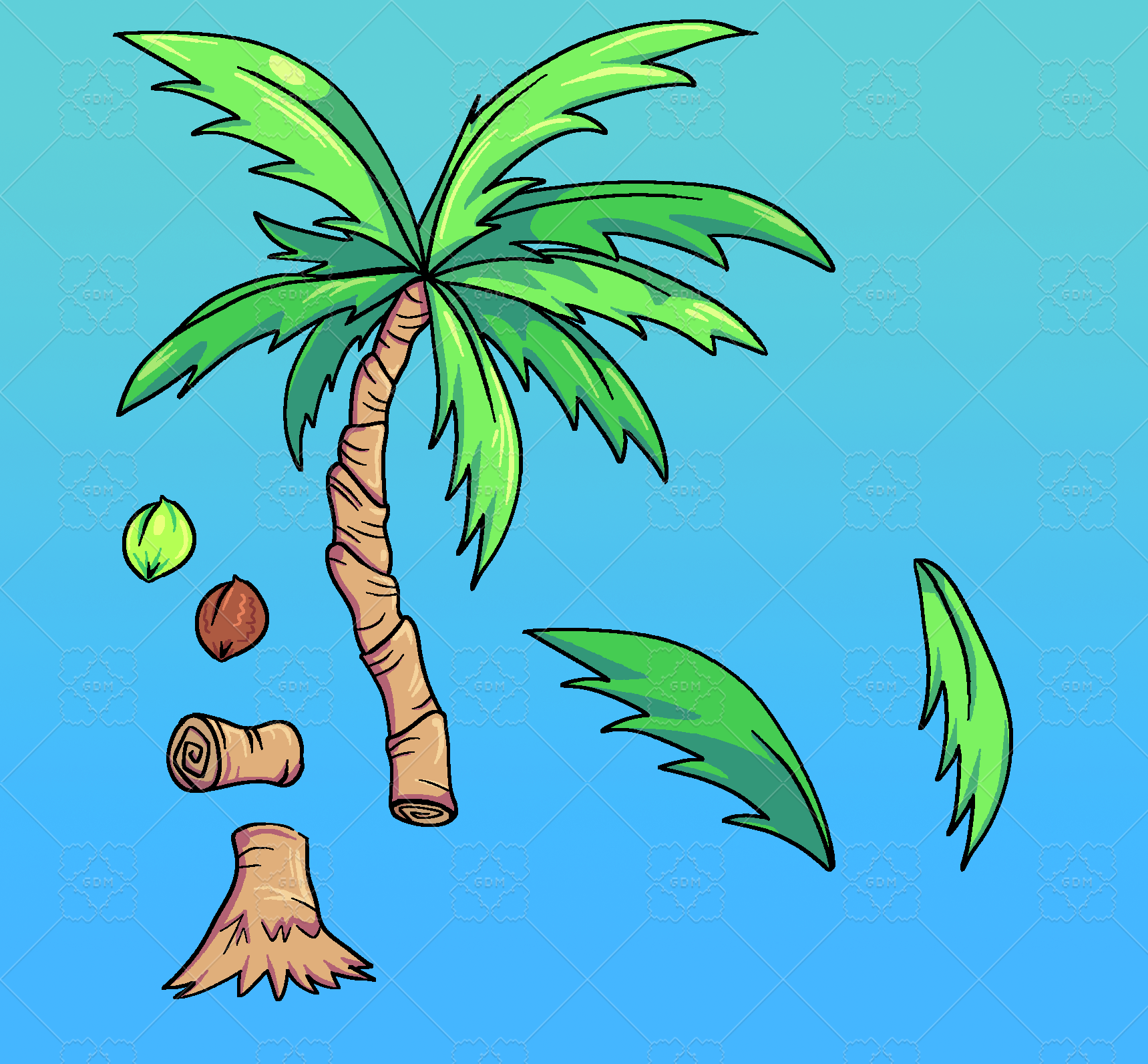 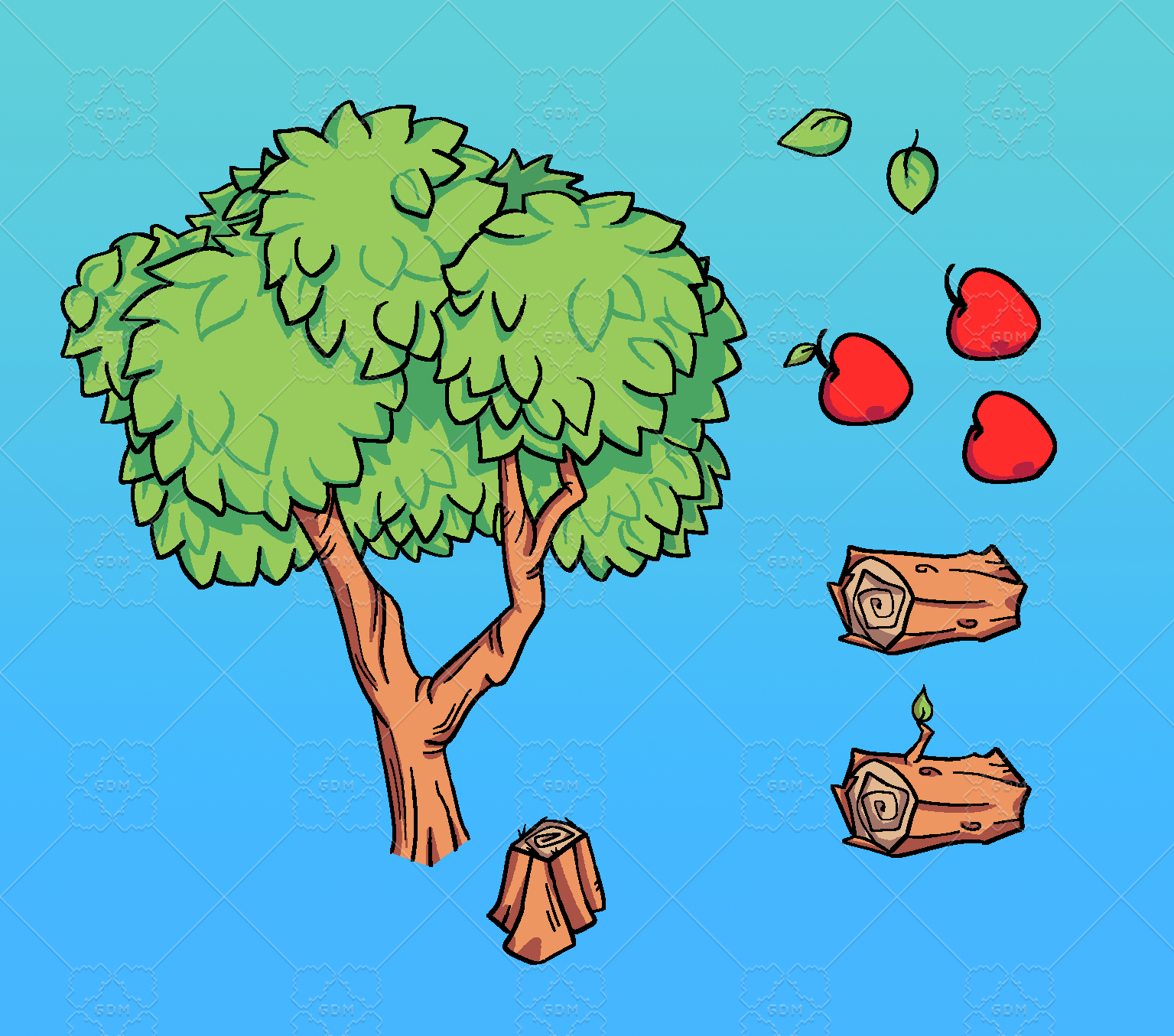 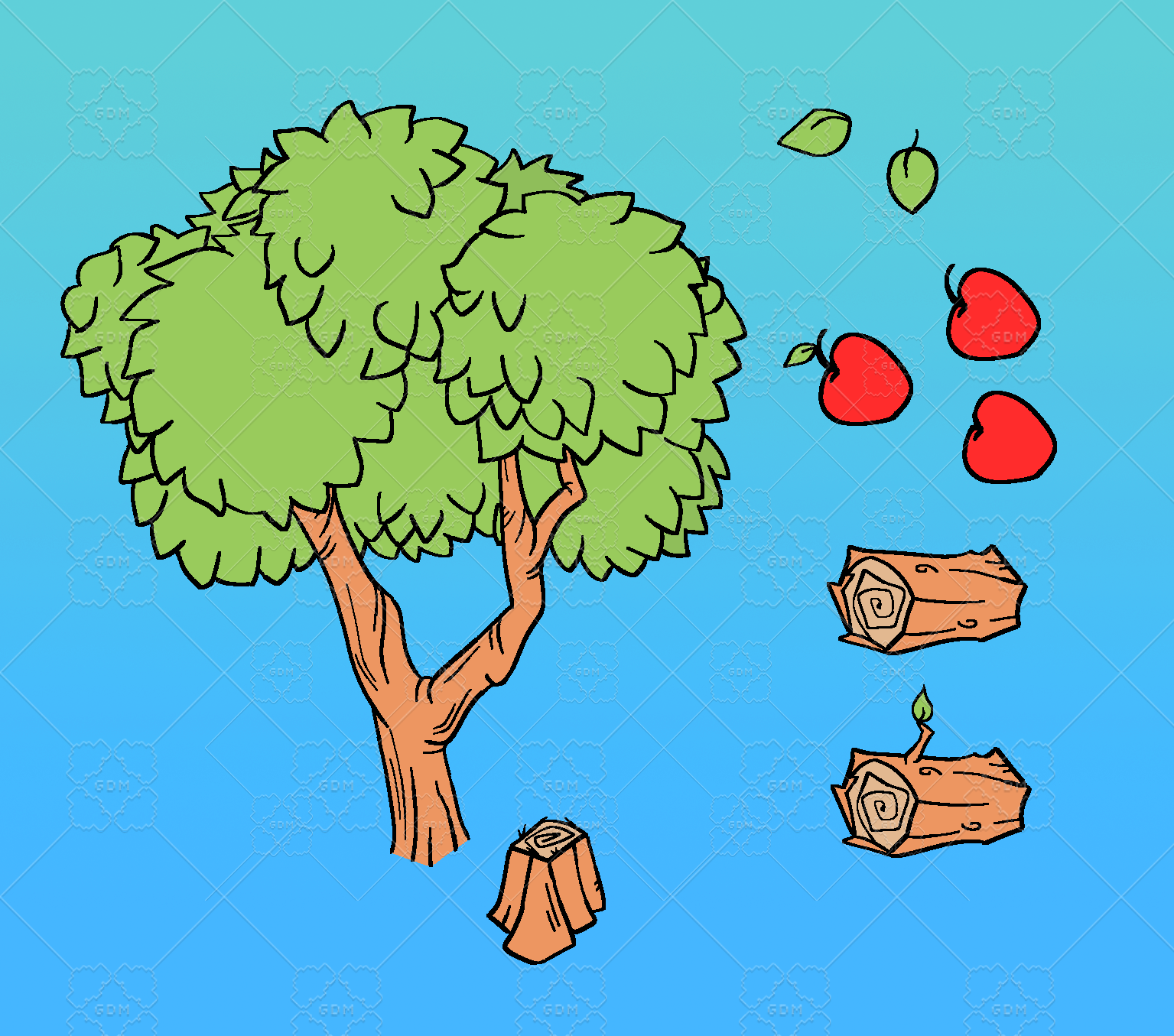 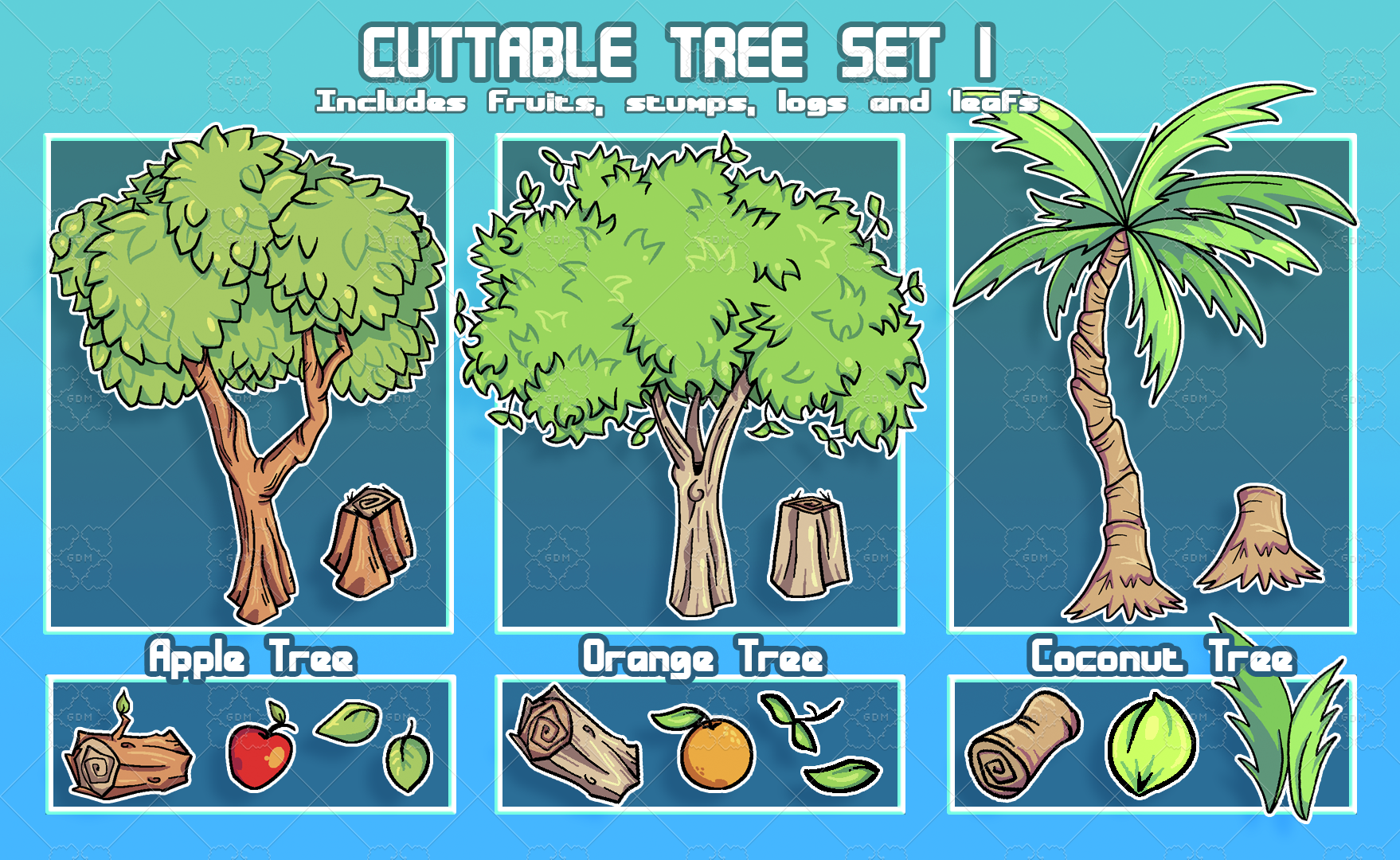 A set of 3 different trees.

Their trunks perfectly fits with their stumps, making it a cuttable tree directly from the concept. No need improvising.

Its PSD files has also received tons of care. The organization makes it simple for the buyer to choose what aspects of the illumination of the sprite will stay and what will be discarted.

It has been planned from the concept to make it simple to be recolored as well – making it flexible to be used in different ways.

The layers were also a priority while creating the psd files, making it easier to the buyer who plans to animate the leafs with a certain independence towards the tree trunk.

It includes a Coconut Tree, Apple Tree and a Orange Tree.

Each with their fruits and leafs. It can be used as resources in a survival game or simply as particles when hit by an axe or something.

With it, comes two models of logs – both easy to recolor as everything else – in 3 different colors (one for each tree).

As the fruits, it can be used as resource.

Every aspect of this asset has paid respect to the concept of being ready to be used in a survival game, but – as it can be used also as only decoration – your creativity will be fully respected as it has been planned to do so.

Recolor and use the shadow and illumination as you see fit and use it as you wish. 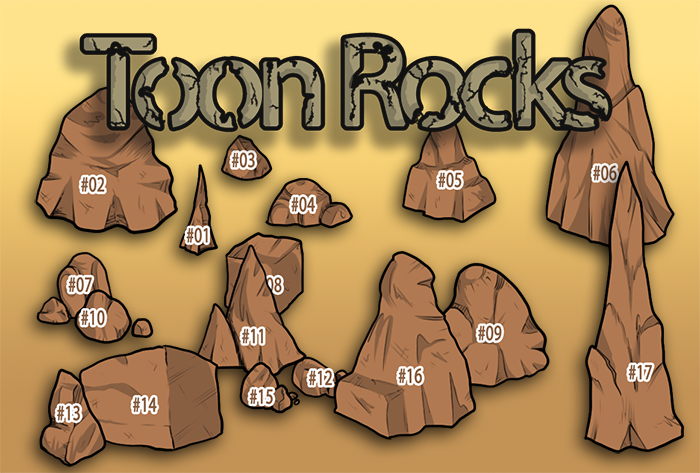 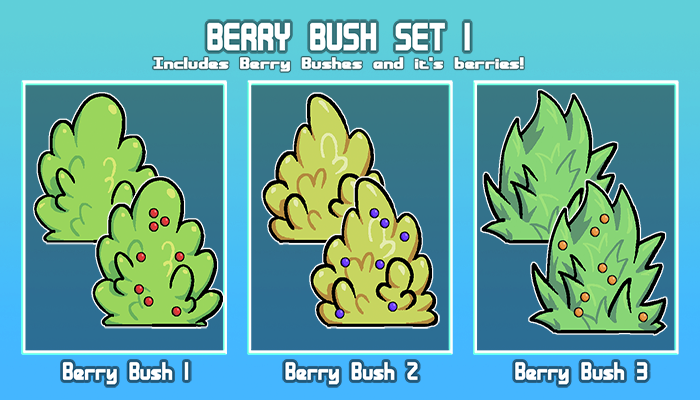