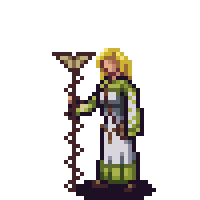 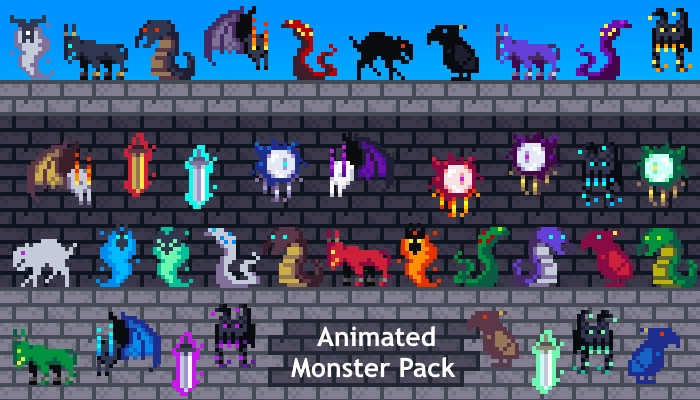 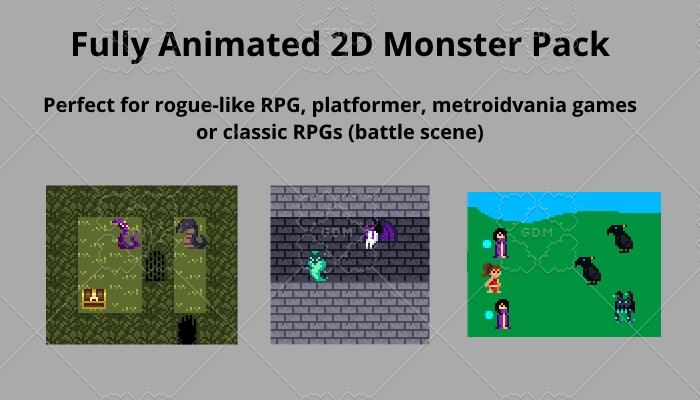 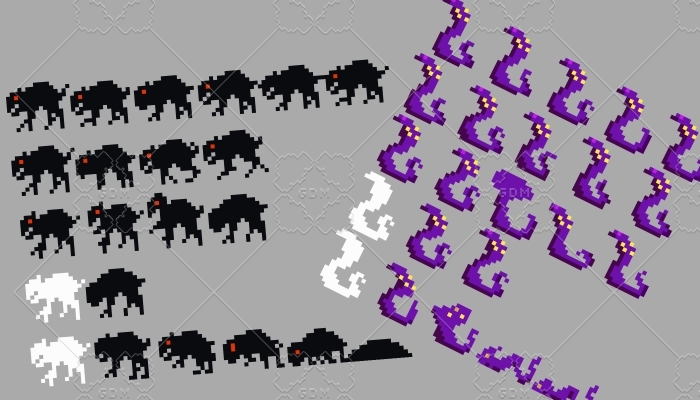 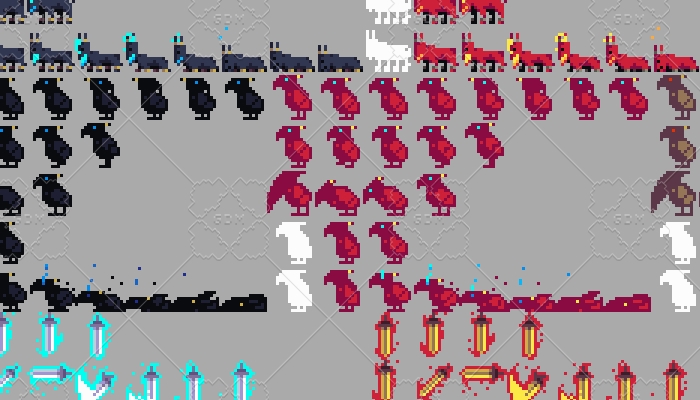 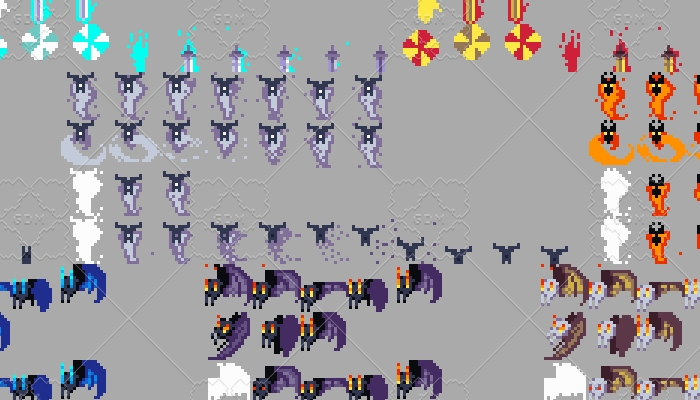 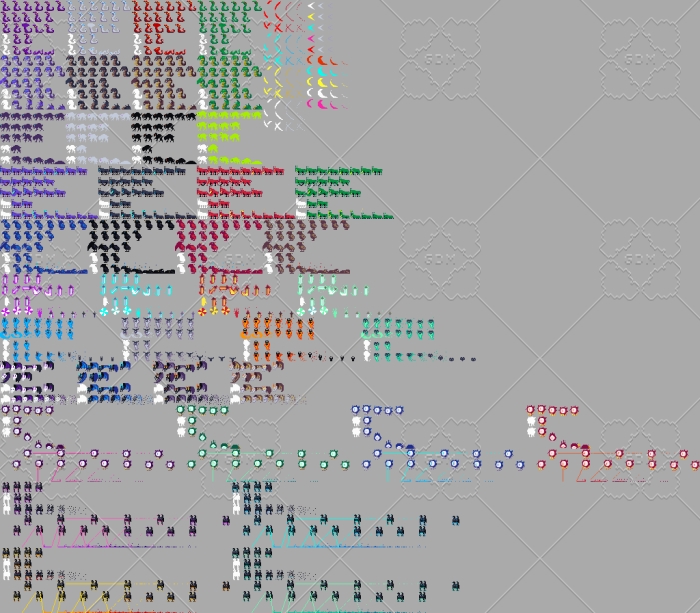 What do we have here?

In this pack you get 10 unique monster and 30 color variants! Stored in sprite sheets, transparent background, 4 different size. Original size is 16×16.

Each monster have the following animations:

Note that for some monsters the idle and walk is the same animation (flying or floating monsters), for some there is separately an idle and a walk animation.

Also, there are two floating monsters that come with a bonus attack animation, which is a bit different than the others. Just a nice bonus for you! Some effect animations are also included, which you can combine with the attack animations for more impact.

You also get preview GIF animations, and the originals in GAL (GraphicsGale file).

If you are looking for an animation example, you can see some here:
– two Beasts attacking
– same +effect added
– special Eye attack and some getting hit + death animation preview

For what kind of game is this pack good for?
It’s perfect for roguelike rpg’s, classic rpg (the one’s with battle screens), and also for platform or metroidvania games. The reason behind this is that the monsters are drawn only form the side. So you can use them anywhere where this is not a problem, and this even becomes an advantage!

So not only do you have a 40-monster-package with animations, you don’t limit yourself to one game genre. Were you developing a classic RPG, but got tired or lost intrest? Try a rogue-like rpg, metroidvania or platform, and you already got some monster assets!

For this reason this pack is great if you’re still exploring, experimenting, or learning how to program a game. You can use these monsters with or without animations, adding effects on a new layer, giving them some extra rules and so on.

This pack is suitable for practicing and finishing games, especially if you don’t want to stick with slimes, zombies and skeletons! 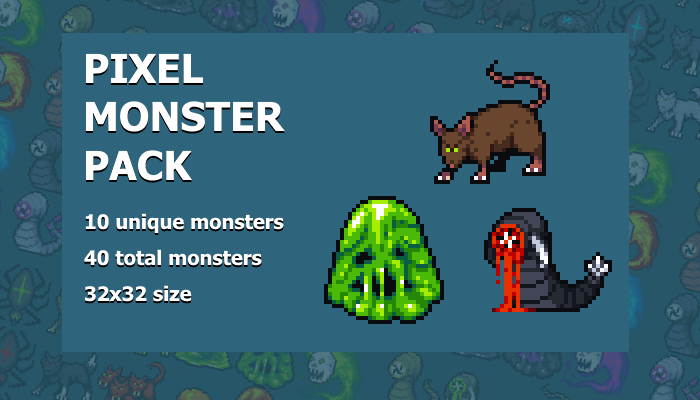 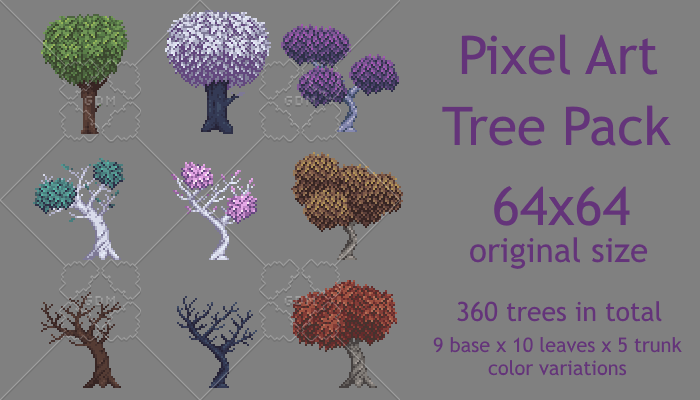 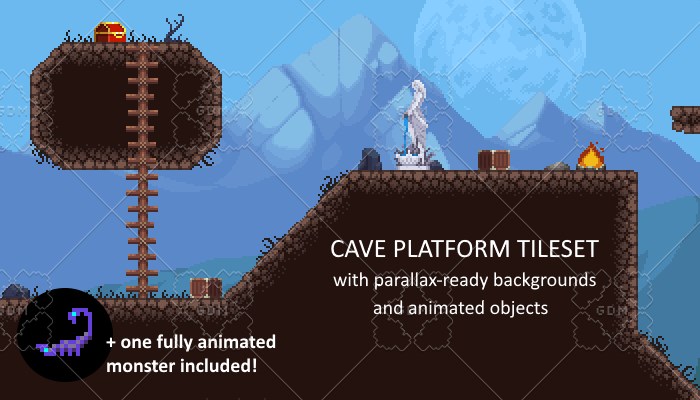 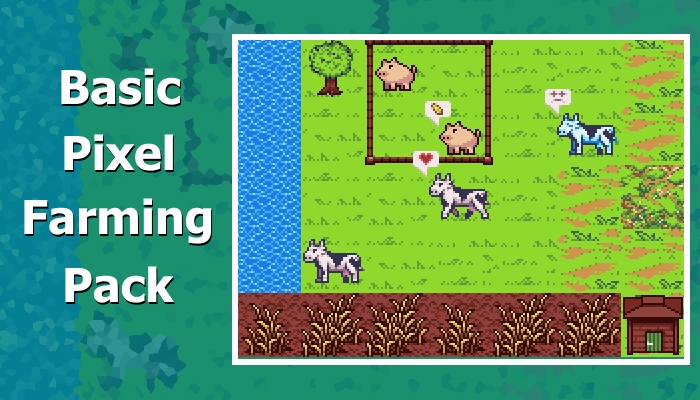